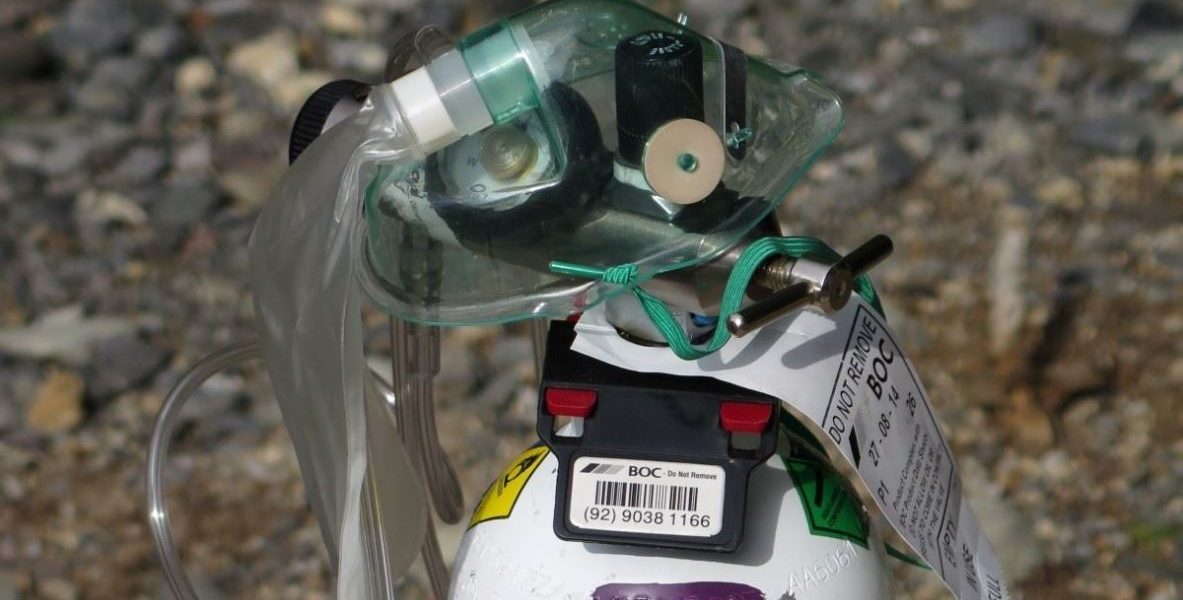 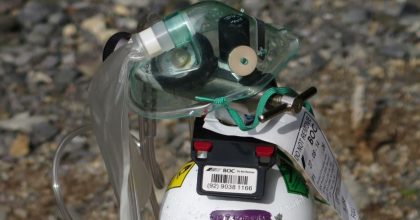 Add a caption here. A really long one if you like

Traditionally supplementary oxygen has been widely used for a range of different ailments, often without much thought as to why it is being administered. Commonly, when asked why a patient was being given oxygen the responder would reply “because it can’t do any harm” rather than be able to identify how it was indicated for that particular patient.

This article seeks to clarify some of the times when oxygen should or shouldn’t be used in the pre-hospital setting. We understand that not everyone has access to oxygen but for those that do this will hopefully shed some light on its application.

Given our cells require oxygen to metabolise, there are times in an emergency setting when the patient is carrying decreased amounts of oxygen due to injury or illness. This could be due to the lungs not working effectively, such as during a pneumothorax, asthma attack, or airway constriction during anaphylaxis. It could also be due to a depressed respiratory effort following a head injury, drug overdose or during a resuscitation. All of these patients should be given supplementary oxygen as the amount of oxygen in their blood is likely to be greatly reduced.

But what about the case of a heart attack, a stroke or someone who has a major bleed? In the past these patients have all been administered oxygen as a matter of course but in more recent times research has proved that we could be doing more harm than good in many cases.

Studies have consistently found that patients suspected of having an acute myocardial infarction actually show a decrease in cardiac output when put on oxygen instead of atmospheric air (medscape.com), even resulting in slightly higher mortality rates.

Increased oxygen levels in a patient having a stroke have been shown to cause vasoconstriction in the cerebral blood vessels (Cornet et al. 2013). In the case of an infarctic (blockage) stroke, this certainly has the potential to make things worse.

In the case of a patient suffering from Chronic Obstructive Pulmonary Disease, administration of therapeutic oxygen has the potential to reduce their ability to regulate their breathing. Recent studies showed a significant increase in the mortality rate of those COPD patients given high concentrations of therapeutic oxygen.

Even in major bleeds, as long as the patient is respirating effectively there appears to be no benefit to administering supplementary oxygen although studies on this front are limited.

The ability to measure the amount of oxygen in a patient’s blood, therefore, is a vital piece of information to assist with decision making around oxygen administration. Historically pulse oximeters have been mainly limited to the clinical setting but more recently the development of quality battery powered versions have given the pre-hospital responder the ability to measure oxygen saturation in the field. The accuracy of these devices depends on the amount of patient movement, perfusion, sensor quality and the way in which it is positioned on the patient.

However with good quality equipment we can generally say that anyone who has a oxygen saturation greater than 94%, and who is ventilating well does not require supplementary oxygen.